Day 2 of 3 for the Countdown to Alice in Wonderland: 3 Days of Wonderland inspired nails. 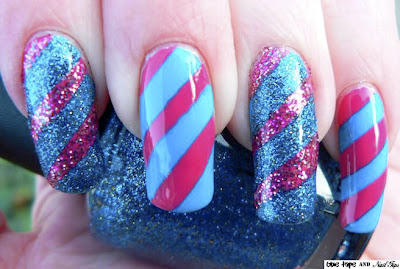 (Another name I have for this manicure is "Down the Rabbit Hole" because the bright pink and blue clash brightly against each other, giving a dizzying look.)


So this manicure design was inspired by the differences and similarities between Disney's original Cheshire Cat, and the new Cheshire Cat in Tim Burton's adaptation. 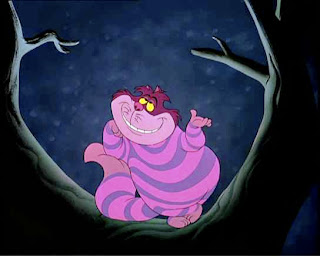 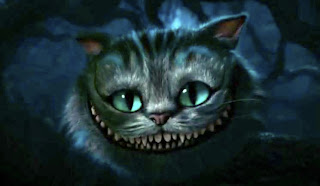 I took the pink from the old Cheshire Cat and striped it with the blue from the new Cheshire Cat...and then added some glitter.... 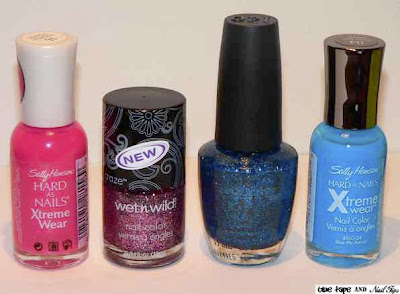 Step 1 consists of cutting even strips of blue painters tape, so you will have an alternating pattern of tape and nail (as shown on the right nail below).


Then you stripe on the pink polish being sure to layer it evenly and quickly, so you can then pull up the strips of tape on each nail as you go. The size of your strips of tape will vary on nail length and how many stripes you want to fit onto each nail. 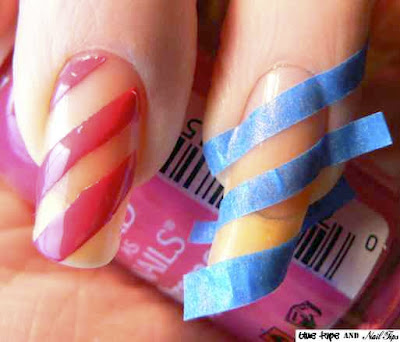 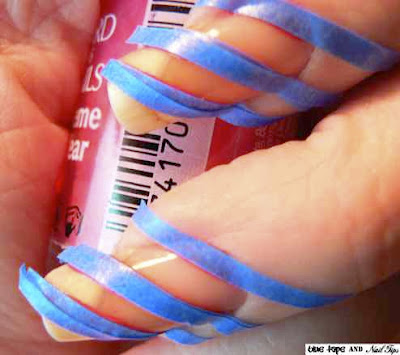 This is what the final product of the blue and pink stripes will look like. 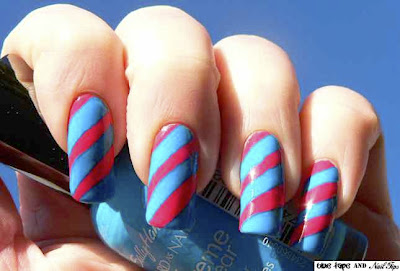 Steps 3 and 4 consist of adding glitter to the stripes. For Step 3, start out adding the pink glitter on alternating nails by taping off the blue polish with the same pattern used in Step 2 of cutting 5 slim pieces of blue painters tape, and then laying the pieces down so that the edge of each blue stripe of nail polish is covered completely.


For Step 4, once the pink glitter has dried, tape it off so you can start painting the blue glitter. The same pattern of 5 slim strips of tape to segregate the pink stripes from the blue (as used in Steps 2 and 3) applies here. 
So, what do you think? The outcome is really bright and sparkly in real life, I'm really loving this look. 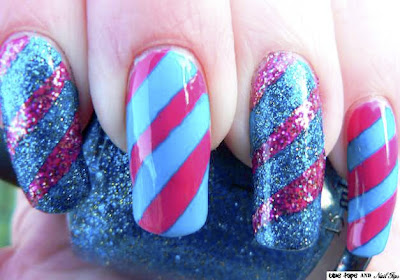 This concludes Day 2 of 3 for the Countdown to Alice in Wonderland: 3 Days of Wonderland inspired nails.

Thanks for looking. Bye for now.
Posted by Cyan at 9:23 PM