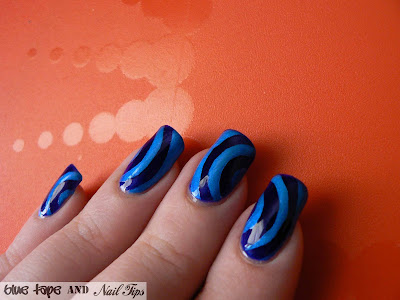 Nail Design 20 is a ParentheSeas manicure!

Inspired by ocean waves...in a mirror image, don't they look like parentheses? 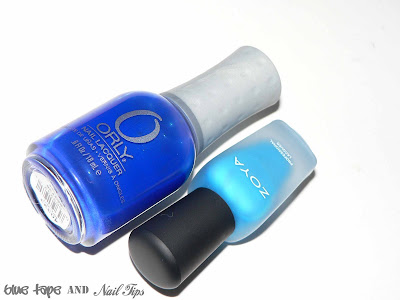 For this manicure you'll need just two colors: Orly Royal Navy and Zoya Phoebe (which is a matte polish). 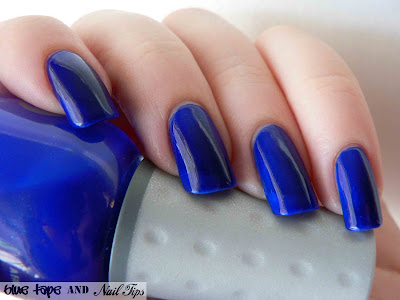 Step 1 is two coats of Orly Royal Navy. While the nail line is still visible at two coats of polish (especially when you take Macro photos of said VNL), you will be layering the second polish on top, so the VNL isn't noticeable at the end of the manicure.

Step 2 is where the blue painter's tape comes in. For this nail design, you'll also need some type of tool that makes circles. I used a circle template (you know the green, clear kind with varying sizes of circles cut out? They can usually be found at Office Supply Stores or Art Stores). A compass would work just as well. 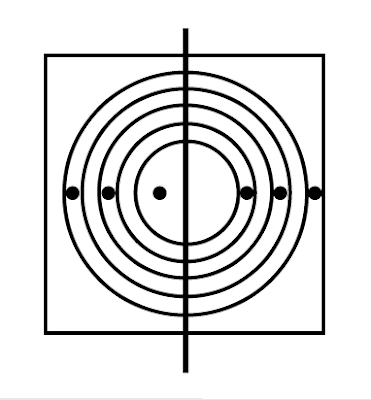 The pattern shown above is the finished idea where there are 5 concentric circles that you can draw on a single length of tape (if you have a wide enough roll of tape), or you can draw half circles, where the diameters of each of the circles meets the edge of the side of the tape.

You will be making a total of 3 sets of concentric circles that will be split up to cover all 10 nails. Each 'pair' of nails will have opposite parts of the circle, where one nail will have the cut-out tape circles 1, 3, and 5 on it, while the other nail will have circles 2, 4, and the outside of circle 5 (as pictured above). 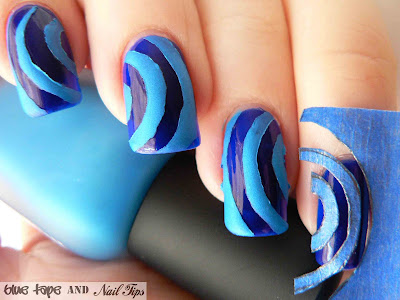 Here you can see on the last nail how the actual pattern looks with the tape. On this nail, the outer-most circle is not really a circle but is really the square that is left around the last circle (circle 5). On the opposite nail, the last circle does not touch the edge of the finger, so any of that excess space is painted over with the second color (Phoebe).

And now you are finally at Step 4! 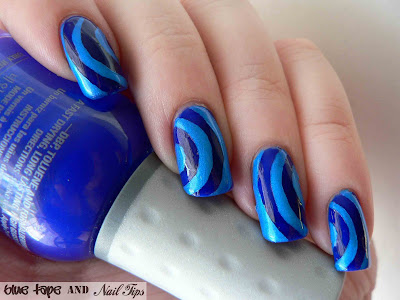 Here you will especially need a top coat, because if you used Zoya Phoebe as your second/layering polish, the matte finish tends to want to stick to the tape and pull up when you are pulling off the tape. A top coat helps smooth out those rough edges left over.

So there you have it! Your own ParentheSeas manicure!

As a tip for drawing the circles, I recommend pencil because even sharpie/permanent marker doesn't seem to dry completely, and will then smear into the polish when you paint over the tape. Also, I found it easier to cut the circles out with scissors rather than an x-acto knife/box cutter, so you may want to practice cutting out a small circle and following the curved line you've drawn to see which tool you prefer.

Also, given the temperamental nature of matte polishes, while I personally love the pairing of Phoebe over Royal Navy, I would recommend using another color to layer such as China Glaze Towel Boy Toy, which looks almost identical to Phoebe but without the matte finish.

So, given that this nail design is a bit more complicated than some of the other nail designs I have shown you in the past, do you think you'd try this?
Posted by Cyan at 7:27 PM